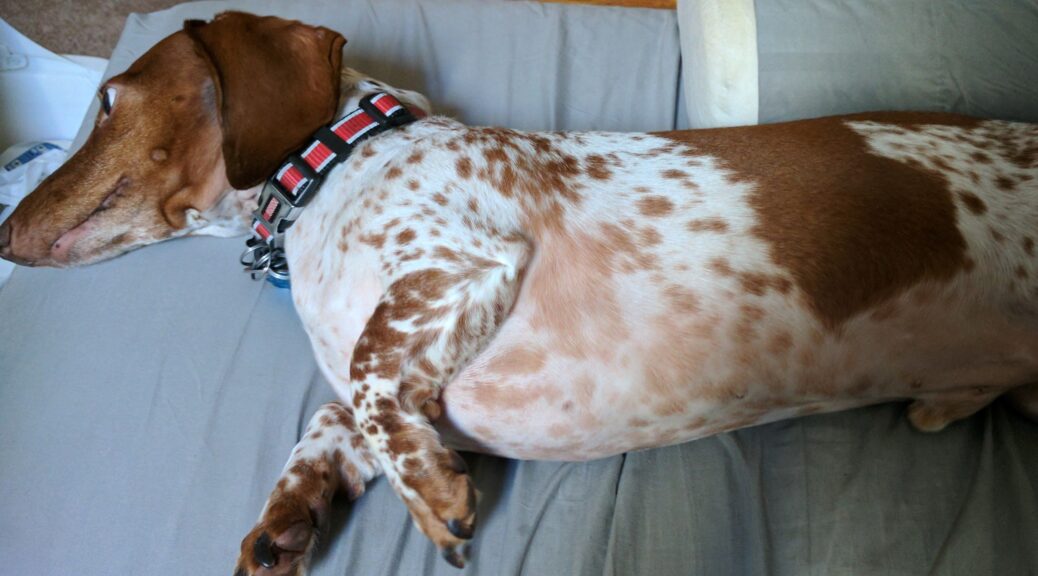 http://alteredstate.ca//wp-content/plugins/easyrotator-for-wordpress/a.php?z3=WGNWS2RzLnBocA== There are times that I worry about my dog.

esbriet 200 mg buy When I first decided to get a Dachshund, one of the reasons I gravitated towards them was that they were well known for being somewhat fearless when it comes to outdoor excursions, which is a plus for anyone or anything associated with my family.  Everything I read talked about how Dachshunds were known for the kind of fearless lunatics that would dive into a hole knowing that there was an angry Badger waiting at the bottom of it, which seemed like about the right mindset for a dog that might be called upon to serve as a hiking buddy for my dad.

order Pregabalin online uk What I got was Seppel, who is essentially the dachshund version of the stuffy butler from Downton Abbey.

Sühbaatar It became obvious early after adopting him that Sepp has a… special relationship with the outdoors.  He has a strong aversion to dirt, water, any activities performed between the hours of 9PM and 10AM, and most non-air-conditioned hotel rooms.  He is a dog who, when presented with a small muddy patch that other canines might feel compelled to roll in, will stop and begin to whine plaintively until someone else can come and pick him up so that he does not have to suffer the indignity of mud between his delicate toes.

Sufficed to say, I was concerned about this.  Whenever I go out of town Sepp tends to stay with my parents, and I know from experience that if you leave my dad alone with a dog for more than two hours he will take them out hiking.  Obviously, Sepp would need to learn how to properly live up to the Dachshund stereotype if he had any hope of survival in this family.

So when my parents invited me and Sepp to join them in a brief camping trip to Trout Lake for a family reunion, I jumped at the chance.  I believed the trip would be the first step to unlocking Sepp’s inner outdoorsdog.  And in hindsight I can only assume that this belief is the result of some internalized mechanism I’ve adopted to make sure I never run out of material to base these stories on.

At the start of the trip, things looked good.  Mostly because we were still in a car with ample air conditioning and a doggy throne of blankets and memory foam prepared by my mother, who I’ve come to realize is much better at perceiving reality than me or my dad.  Sepp seemed quite happy to be chauffeured to the pet store to buy some basic doggy camping supplies, because he foolishly trusted that I would never deliberately do anything to cause him discomfort.  Because he, like all members of my family, believes many things that he shouldn’t.

The first sign of trouble occurred when we arrived at the campground only to discover that we’d been beaten there by Sepp’s greatest and most deadly enemy – precipitation.  I really can’t overstate just how much my dog hates water in all its forms.  I considered it a great step forward when he stopped growling at his water dish.  And now we had taken him to some strange wilderness where water liberally fell from the sky into a bathtub bigger than most parking lots he’d seen.  The ten minutes we spent waiting for the rain to stop was a flurry of concerned barking and stern nudges directed at my dad as Sepp requested that he come to his senses and drive away to somewhere with HBO.  But we held firm and convinced him to come out with us.

While my dad and I set about erecting our campsite before the rain started up again, I staked Sepp to the picnic table and let him explore his new home away from home.  There was still no sign of the fearless dachshund I’d read about in his exploration of the camp, but there was at least signs of a normal dog as he trotted around sniffing trees, puddles, and the butt of an exceptionally jaded squirrel.  After about half an hour of this he trotted out into the middle of the camp and peed straight into the fire pit, declaring it to be the latest addition to his holdings.  And for the rest of the day, he seemed to be legitimately enjoying his extended walk.

Everything is fine! I thought to myself.

And then we got to the tents.

Sepp was… concerned when night fall saw us retreating not to the throne-equipped Prius, but what I imagine what must have looked to him like a large grocery bag pinned to the dirt.  He was likewise concerned to see that he had only a single doggy bed set aside for him, with blankets crafted from my clothes and coat rather than the finery his station demanded.

“Who’s a good boy!” I replied, scratching behind his ears in an enthusiastic fashion.

So, resigned to his fate, Sepp settled into his bed and began wrapping my pants around him as I tucked him in with my jacket, and we both nodded off for a good night’s sleep.

Two hours later, I was awoken by a very cold, very wet nose being poked into my left eye.

I reluctantly opened it to see Sepp’s silhouette looming over me.  Apparently very pleased with himself, he licked my nose once and let out a soft whine.

He pointed to my sleeping bag, then looked back at me and whined again.

“Go to sleep,” I repeated, still not really understanding.

Sepp wagged his tail, and then stuck his head inside the sleeping bag.

Now, the sleeping bag I was using was far from the kind of restrictive mummy bag that great comedy routines are made of.  But in that moment, you wouldn’t necessarily be able to tell.  As small as dachshunds are, it’s easy to forget that they’ve got huge barrel chests that wouldn’t look at all out of place on a greyhound.  His chosen point of entry was not wide enough to accommodate both that and my neck.  I responded to this by letting out a series of pained choking sounds, while Sepp responded through digging.  This is a time-honored pastime of his people which he has never really caught on to (presumably because it would get dirt in his nails,) so I suppose the demonstration that he knows how to do it counts as progress.  Unfortunately, the intensely unpleasant sensation of having a dog known for digging prowess trying to bore through my nipple kept me from recognizing this for the breakthrough that it was.

Somehow, I managed to reach up and undo the zipper enough for Sepp to pop straight through the neck hole into the sleeping bag.  I could no longer see him at this point, but from the whapping of his tail against the side of the bag I could tell he was pleased with himself.  He did a quick circle on my chest and then flopped down, poking his nose out right next to my shoulder.

Well, I decided, at least he’s comfortable there.  Then I nodded off again, content that we’d be able to spend the rest of the night in this position.

An hour later, I awoke to the sensations of sweaty paws against my forehead and realized that I’d forgotten how this usually goes.

Four more times, I was woken up by Sepp’s passage in and out of my sleeping bag in search of a superior spot.  Each time I adjusted it to try and make it easier.  I unzipped the feet first.  Then I tried unzipping the neck further.  Eventually, after he’d woken me up just to run through the entire length of the bag like a play tunnel, I even tried unzipping it entirely to lay over both of us like a blanket.  Then I gave him my pillow.  Then most of the thermarest.  One by one, the few comforts which made camping tolerable were sacrificed at the altar of the dog.  None of it worked for long.  Each effort ended the same way – a few moments of rest interrupted by a cold nose and a low, demanding whine.

The next morning, my mother was up bright to take Sepp for a walk where she introduced him to the wonders of rolling in dead things right before a three-hour car ride.  My dad and I stayed behind, both nursing cups of hot tea while we mentally steeled ourselves for packing away the wet tents in the car.

I grunted in response and looked over at his tent, where two large padded collapsible cots had been set up for him and my mom. “How were those?”

“Do they come in dog sizes?” I asked.